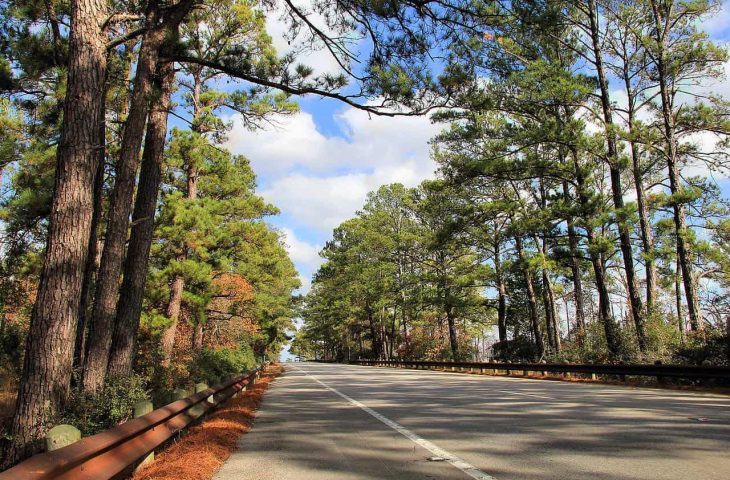 When it comes to trees, Texas does not exactly have a shortage of them. Because of its mild climate and warm temperatures, it is easy to grow trees here, so whether you’re a homeowner wanting to plant a tree in your yard or a business owner wanting to dress up your property, you’ll always find a lot of trees to choose from.

From ash to sweet gum and cedar to soapberry, you can find almost any tree you love in the state of Texas, including six types of pine trees. Pine trees are coniferous trees and part of the evergreen family, and they consist of four types of leaves, with needles being the most common type. Pine tree wood is sturdy, which means it is used for dozens of purposes, including wood flooring, furniture, and a whole lot more.

Because it is so strong, pine wood has dozens of uses, including construction, furniture, ornamental uses, reforestation, and food, as pine nuts have been eaten for thousands of years.

The pine tree has also been mentioned in literature, Chinese culture, and religious texts, among others. To review specific types of pine trees found in the state of Texas, keep reading.

Native to the southeastern part of the United States, the Loblolly pine tree is the second most-common tree in the United States, the first being the red maple. It is found mostly in swampy areas and lowlands, and it gets up to roughly 115 feet in height. The needles of the tree are in bundles of three and the cones themselves start out green and get up to five inches in length.

The Loblolly pine tree has seed cones that turn pale brown when they ripen. The trees can be quite large; in fact, the largest one recorded is nearly 170-feet high and lives in Congaree National Park in South Carolina.

The Longleaf pine tree is native to the southeastern part of the United States and got up to 150-feet high before extensive logging started taking place. Nowadays, the tree most commonly grows to about 115 feet and has a circumference of rough 30 inches.

The Longleaf is what many people think of when they think of the southern part of the United States. The wood of the tree is used mostly for lumber and pulp, and it is even used in flooring in upscale homes, mostly because it doesn’t rot and because it is so sturdy.

The Shortleaf pine tree is popular throughout the eastern part of the United States and some parts of the southwest. It can reach up to 100 feet in height and have a trunk up to nearly three feet in diameter. One of its best qualities is the ability to grow in a variety of soils and growing conditions, making it a very sturdy tree.

The Shortleaf pine tree often has irregular or oddly shaped trunks, but can still be useful in many circumstances, including plywood veneer and wood pulp, to name a few.

Also called the eastern white pine and western white pine, the needles come in groups of five, and occasionally three or four, and they can get up to five inches in length. Most of the time, the tree lives for 200 to 250 years, although trees that got to 500 years old have been recorded. Southern white pines usually get up to heights of between 160 and 190 feet, although they occasionally do grow taller.

This type of pine tree has many uses, and it has been used for everything from plantation forestry to making parks and gardens more decorative, as well as for making tea from its needles.

This pine tree can get to over 230-feet high and can have a circumference of up to 27 feet. It is a very attractive tree that is often found in large public areas such as parks and gardens in Texas and Arizona. In fact, the tallest Ponderosa pine has a recorded size of 268 feet in height, making it the second-tallest tree next to the sugar pine.

The needles of this pine tree are bright green, and brownish-black bark covers the tree itself. It truly is an eye-catching pine tree.

Also called a single-leaf pinon pine, this tree is small to medium in size and is usually between 30 and 60 feet in height. Unlike most other pine trees, the needles grow singly and not in groups of two or more, and the cones have seeds that are a little more than half-an-inch long. Although not usually seen in nurseries because it is difficult to germinate, the nut pine tree is often used as a Christmas tree.

The Nut pine tree is drought-tolerant and is often found in wildlife gardens, and it is the state tree for numerous states, including Nevada.