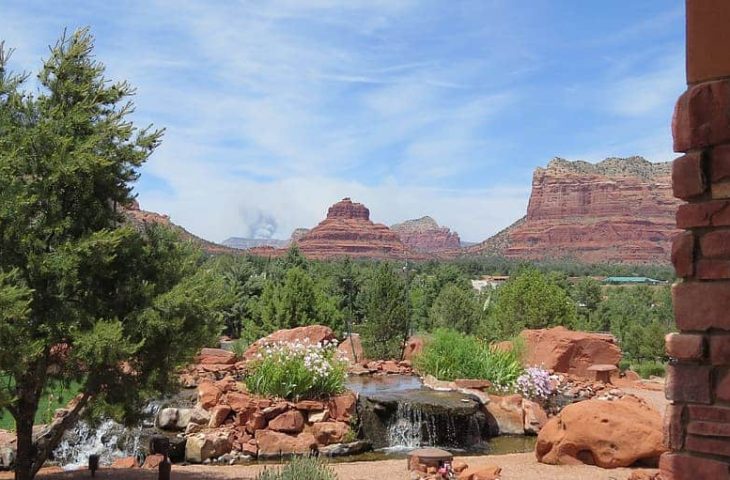 Although Arizona is mostly a dry state, its mild climate is conducive to trees and plants that thrive, and whether you’re a homeowner or a professional gardener, you deserve to find a tree that will grow and thrive whether it’s on your property or in a community garden. Arizona is home to trees such as the ash, juniper, cypress, oak, cottonwood, and pine, so you truly have a lot to choose from. Let’s focus on the types of pine in Arizona for now.

Pine trees are coniferous trees and get quite large. They are also able to live from 100 to 1,000 years. There are four different types of leaves, with the most-common being the needle-like leaves. The wood of the pine tree is very hard and sturdy, which is why it is used so often in construction, furniture, and even flooring. Occasionally, pine shrubs can grow, and these are usually around 10 feet in height.

Most pine trees grow from 50 to 150 feet tall, making them quite majestic. They have cones and seeds, the latter of which are often edible. If you’re curious about which pine trees are found in the state of Arizona – which has several different elevations – read on because below are the three main types found there.

This is a medium sized pine which is, as the name implies, very common in the state of Arizona. A mature tree can grow up to 25 to 35 meters tall. There are several varieties, which is likely due to hybridization with the ponderosa pine.

This type of pine is commonly harvested for firewood in Arizona. Unfortunately this has greatly reduced their numbers, especially in Mexico.

Also known as the pinyon pine tree, these trees are found mostly in the southwestern part of the United States, for instance Colorado. They have a pleasant aroma when the wood is burned and contain nuts that used to be a staple food for Native Americans.

Because their stout needles grow in pairs, the tree is often called the two-needle pinyon pine, and they can get up to 66 feet in height. The cones provide a valuable food source for a lot of different wildlife, and you can find them in Mexico as well as other southwestern states.

This pine tree can get to over 230-feet high and can have a circumference of up to 27 feet. It is a very attractive tree that is often found in large public areas such as parks and gardens. In fact, the tallest Ponderosa pine has a recorded size of 268 feet in height, making it the second-tallest tree next to the sugar pine.

This is also an eye-catching type of pine tree, with bright-green needles and dark brownish-black bark. This is why you can find the Ponderosa pine tree in a lot of different public places, including gardens, parks, and other areas managed by local governments.

This tree is sometimes called the Rocky Mountain white pine and gets up to roughly 65-feet high, although some of them get as tall as 80 feet in height. It has soft, lightweight wood and long dark needles, and it is found mostly in areas with high elevations. Limber pine nuts are also a great source of food for a lot of wildlife, including the red squirrel and American black bear.

In addition to areas such as Arizona, these trees can also be found in the northwestern part of the United States and into Canada.